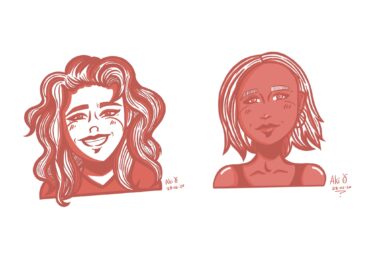 After a lot of questions on when I would start a podcast from so many different people, I finally caved and started one. My friend Kim actually asked me to start it with her and since everyone and their mother wanted me to do it, I said hell yes!!

The podcast is going to coincide with the blog posts that I have here but also will be a little less formal and more about stories that both Kim and I have as well as people who come on the podcast. At some point, I would also love it if we had host parents on here as it would be interesting in my opinion to see what they look for as well as what made them want an AuPair. If it’s uncomfortable to have one and what they expect from an AuPair.

With everyone listening to podcasts, it really is the perfect thing to get our voices out there. Also if you want a laugh and want to not feel alone in this world, that’ll be so useful for you as well!

I am super excited to be doing this with Kim. Her and I have been friends since 2016 when we met in New York as AuPairs. We are both living in the states now. Kim got married and lives in Philly. I will officially be here on a student visa next month, which is SUPER exciting! So why don’t you go and listen to the podcast and give us your feedback. We would appreciate it so much! If you would like to be on our podcast or have a story/ question that you would like to ask us (we don’t have to share your name) please contact us via email or Instagram and we will get back to you!

You can check out the podcast here. It will be on Apple podcast soon! 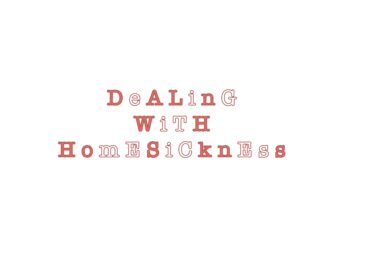 Being homesick is a very normal thing that you will experience at least once in your Au Pair year. Whether it is in the beginning, after all the emotions and excitement has died down or whether it is 3 months; 6 months in or even when you’re almost home and the anticipation to go home is too much and you just.want.to.leave. It is a very normal thing that happens to everyone. You may seem like you can’t bear with it and all you want to do is go home and be with your family. That is understandable but before you pack up your life, try some of these things. They might help you!

Seriously though, get out of the house. Go take a walk in the park; sit and read a book somewhere. Sit at a coffee shop. Just get out of the house. One of the best things I did was go to the gym. Whether it was freezing outside or blazing hot, I went to the gym and worked out. It releases endorphins that boost your mood and it will make you feel better about yourself. Sometimes even walking around the mall can help you. I know we are all trying to save money but staying home when you feel homesick is not good for you. It makes you feel more depressed and sad.

2. Talk To Your Host Family And Counselor About It

Your host family will be understanding when it comes to you not feeling so great and missing home. They may give you some time off to feel better or help you with the kids a bit to relieve you of all the pressure. I know that doesn’t always happen but it’s important to let them know. Your LCC definitely knows how it feels as they have dealt with a lot of Au Pairs who have been through this. They can give you some advice or resources that will help you.

3. Limit Your Time Talking To Your Family And Friends Back Home

This is a tough one and I know that the whole reason why you are homesick is that you miss them so much! It’s important to go out and enjoy yourself and yes, update your family but not constantly. If you are constantly talking to them and watching their Instagram stories and posts, you will regret being in America and missing out on everything that is happening there. It will be for a limited time BUT you will be back with them and it will be okay to miss some things.

Back to the previous point. Staying off social media will be better for you. At least for a while. Seeing all your friends and family having fun and enjoying life is hard when you are so far away so it’s important to limit your time on Instagram and Facebook, at least for now while you’re homesick. Being on social media will just make you sadder and wish you were there.

I would suggest is to get some snacks or food from your home country. You are in America, the chances of finding a restaurant or food from your home country are really high. Look up places local to you. You may have to order something off Amazon or another store that is dedicated to selling things from your country. You could also get your family to send you something. Having this will remind you of home and should make you feel better. It has always worked for me!

Lastly, I would just say that being homesick is temporary and you will eventually feel better and enjoy life again. Remember it will just be for a limited time and you will be okay!

If you have any more suggestions, please let us know down below and if you are currently homesick, let us know so we can support you! 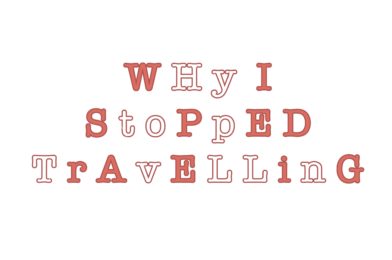 Travelling is great and it’s really every Aupair’s dream. That’s why you come to Aupair right? Other than people saving; you’ve come to travel and experience the culture which is fantastic and you should live your best life because you deserve it.

I made the decision to stop travelling when I got to the states again. I have been travelling a lot over the last year and a half and while I absolutely LOVE it and love experiencing the culture; the food and the experience as a whole. I’m just tired. While in Europe I would travel pretty much every weekend. Whether it was different places in The Netherlands or neighbouring countries, I travelled and I loved every moment of it but I didn’t enjoy doing “nothing” on the weekend. I didn’t relish in the fact that I’m in this amazing city filled with amazing things because I always just wanted to try to see everything. What I learnt from that is that you can’t see everything and if you’re always travelling the next best tourist spot you’re not going to enjoy your current place so when I came back to New York I told myself I will take a couple of months off of travelling and experience the place I spent two years in previously.

I’m enjoying finding new coffee shops and thrift stores. Saturday brunch dates and popping into the city for a couple of hours and not the entire day is my favorite thing. I’m taking it day by day and researching local places to see; do and eat at in my area or nearby and I don’t regret it. I don’t regret not travelling and I don’t regret not using my money for travel. I still experience things and I see the culture and the food and the people. I just see it more in my area now.

Don’t feel the need to constantly travel. Sometimes it’s okay to just go to brunch with a friend or sit in a park for a couple of hours. Everyone’s experience is different and doesn’t look the same so remember that and remember it is YOUR life and you should do what you feel is best for you.

READ MORE: Dealing with conflict in your host family 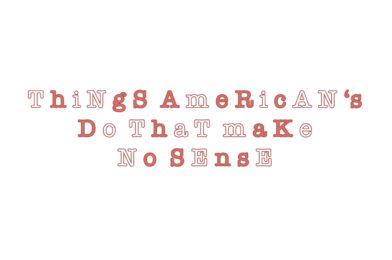 American’s are strange. I recently saw an article on Facebook that made me giggle and I thought I should add my two cents to it considering I have lived here for a while and I can let you know if it is true or not! The article is called “20 things American’s do in the movies that make no sense to the rest of the world” you can find it here.

1.Comparing things to football fields. American’s do that. Not so much in New York because although football is quite popular here, there aren’t too many around where I live so I don’t hear it too often but often enough. Who know’s how long a football field is? I don’t but apparently every American does lol! (For the record it is 160 feet which is 48,5 metres 😉 )

2.American’s don’t use paper bags that often. Well not in New York at least. Sometimes my Host Mom comes home with a paper bag INSIDE a plastic bag and I am like ?? WHY ?? It does not make sense. In the recent years however, with everyone being conscious of the plastic epidemic, there are more and more paper bags and reusable bags!

3.American’s who swallow pills without water. That is something that happens and if you can do that, WHAT THE HECK IS WRONG WITH YOU?! Like seriously? How can you do that? How is that okay?! It is fairly common though which is so weird to me.

4.Red solo cups is a real thing! Why are they red? I don’t know. Do we have a mountain of red plastic cups at home for each time someone wants a plastic cup? Yea we do lol!

5. Hanging up the phone without saying goodbye. That is something that doesn’t happen a lot. I actually did experience this fairly recently and all I could think about is how rude that person was. Why did you do that? Why do you think that not saying goodbye is okay? Don’t be that person. Say goodbye!

6. Everyone seems to have a baseball bat for one reason or another and it is strange but yes, there’s always a baseball bat available in an American home 😉

7. American’s always have fresh coffee and it’s not because they brew it themselves. There is a rare chance that they do, but they mostly have freshly brewed coffee all the time because literally everywhere you go has fresh coffee for sale. Not to mention the fact that there is a Starbucks or Dunkin Donuts on literally EVERY.SINGLE.CORNER

8.American’s don’t always lock their doors or have keys for their house. Like that sounds completely strange right? I don’t actually think I have keys to my house (they may be on the car keys) but I always use the garage door because it’s just a click of a button for it to open. Personally, we always lock our doors but that is quite common.

9. American’s don’t unpack their Chinese food and yes, it actually comes in cardboard boxes. Is that weird? I haven’t had Chinese any other way lol.

10. American’s never take off their shoes when they come inside. This is the one that irks me so much. When you get dressed for the day, American’s put their shoes on and then continue wearing shoes the whole day?! They wear them inside the house, they don’t take them off when they come inside. It’s just strange to me and yes, even on the bed (ew!!!)

11.American’s don’t have kettles to boil water. Yes, you heard me. They don’t have kettles. They put water in a cup or something and microwave it until it is hot. Yes. Yes they ACTUALLY do that. Now listen, some people have kettles and that is flipping amazing but most people don’t. I think I was the most shocked about this when I first got here because kettles are so important and now we don’t have them. Like what?!

READ MORE: Why I stopped travelling